Cardano (ADA) trading is now available on Coinbase.com as well the exchange’s Android and iOS apps. 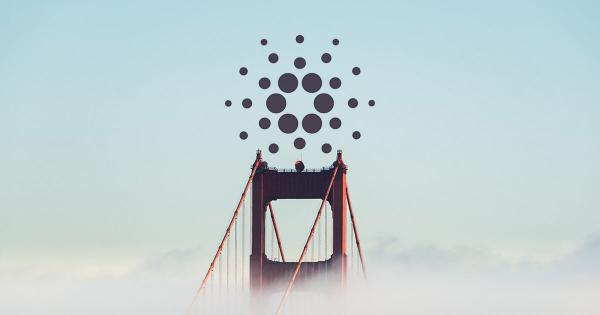 Major US cryptocurrency exchange Coinbase has announced that Cardano (ADA) trading is now available on its platform.

Cardano (ADA) is launching on https://t.co/bCG11KMQ6s and in the iOS and Android apps within the next 15 minutes. You may need to refresh your app to properly buy, sell, convert, send, receive, or store ADA. We will update when ADA is fully live. https://t.co/Zw1Cmn6N17

As CryptoSlate reported, Coinbase has previously said that it would launch ADA on Coinbase Pro on March 18. The announcement came on the heels of many Coinbase users requesting to list ADA since the token is starting to play a significantly larger role in the decentralized finance space.

Recently, financial data platform Bloomberg Terminal also added Cardano to the list of assets the prices of which it tracks. This piqued the interest of major investors since the platform is aimed at professionals and the protocol itself has been gaining increasingly more momentum lately.

Partly this is because Cardano is being constantly upgraded by the team of developers at Input Output Hong Kong (IOHK) led by Charles Hoskinson. The company itself is also in the final stages of signing a major government contract in Africa.

At press time, the listing didn’t affect ADA’s price so far. The price of ADA has stabilized around $1.30, up 2% on the day, according to CryptoSlate data.

Get an edge on the cryptoasset market

Access more crypto insights and context in every article as a paid member of CryptoSlate Edge.

Inside the Chainlink 2.0 whitepaper—the 7 updates you should know

Inside the Chainlink 2.0 whitepaper—the 7 updates you should know

Crypto market’s slump liquidates $1.4 billion off the trading board

Estimating The Chance Of Six Figure BTC In 2021

Will Bitcoin become official in the future?

Solana smashes resistance reach ATH, why it could go higher

Goldman Sachs files for a ETF, might invest in Bitcoin