Chainlink was trading at a region of strong support and was poised to break out. The correlation between LINK and BTC has been dropping and the asset might begin another ascent regardless of Bitcoin’s direction. At press time, Bitcoin was trading at $11,335 with a 24-hour trading volume of $104.7 billion.

Stellar Lumens soared past resistance levels and were in overbought territory. DigiByte was overwhelmed by bears and was trending downward. 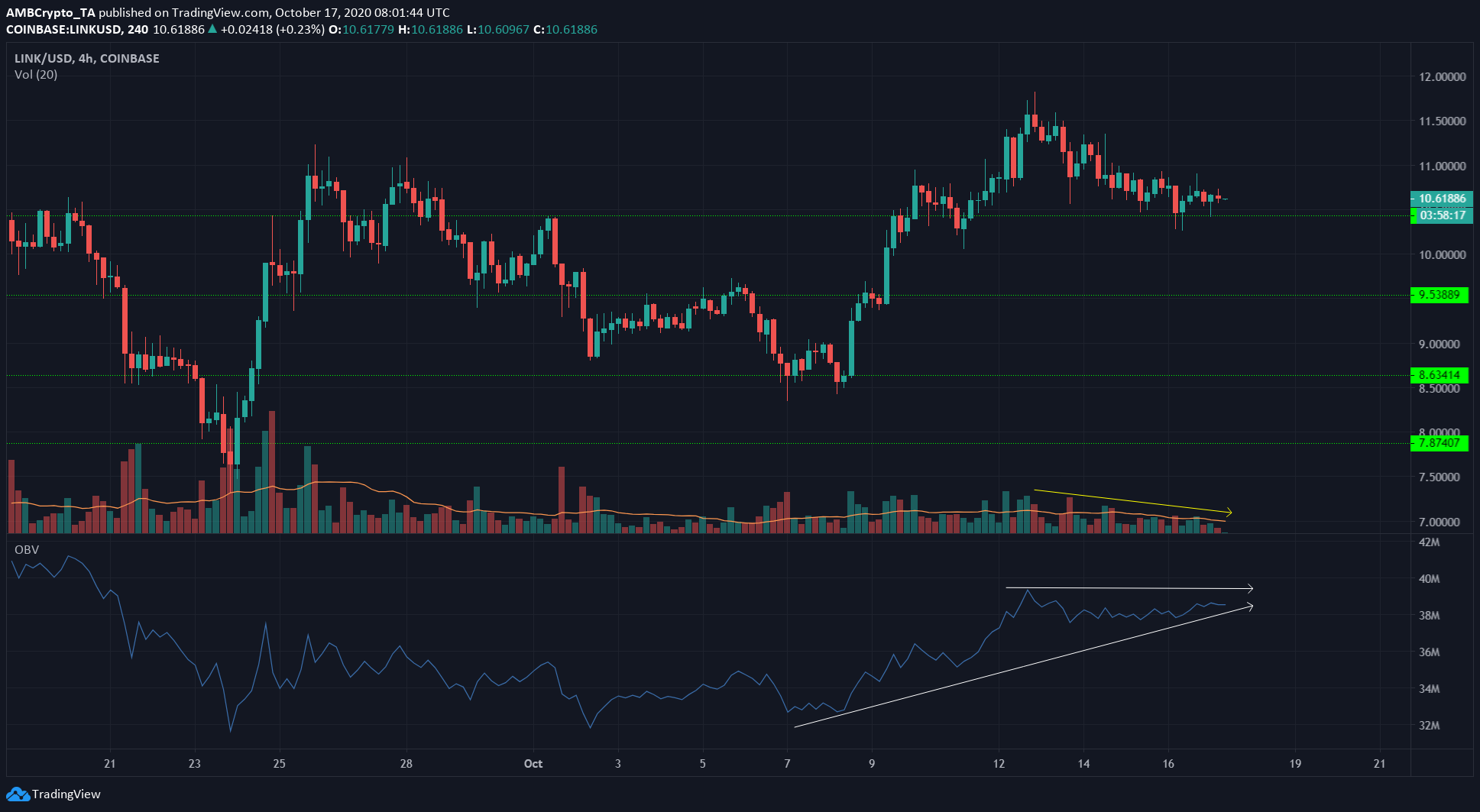 LINK has been dropping toward support at $10.4over the past few days, even though $11 was also a strong zone of support. A close beneath $10.4 could take LINK lower.

However, on the OBV we see that the buying volume in recent weeks has been trending upward. If buyer interest pushed the OBV past the flat upper trendline, it would indicate that the asset had enough buyer interest to begin another leg upward.

If sellers gained the upper hand, the OBV would begin setting lower highs and trending lower, indicating that LINK could be set to drop in value as well.

The steady drop in trading volume (yellow) in recent days showed that the market could be in the process of deciding LINK’s next direction. 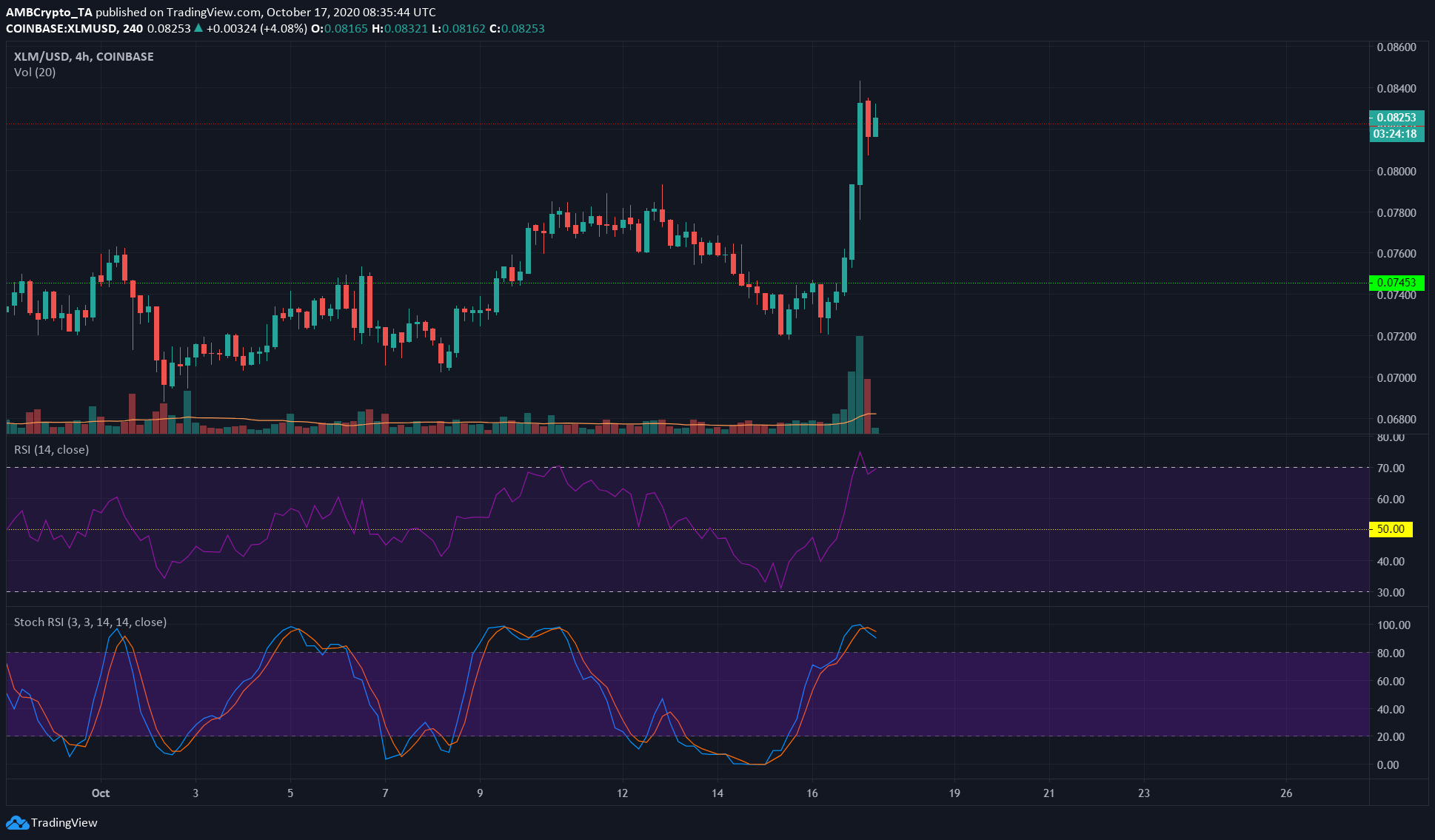 Nearly 24 hours prior to press time, XLM began a surge of 15% and found resistance at $0.082. Both the RSI and the Stochastic RSI indicated overbought, although this does not necessitate a drop.

XLM could continue to move upward past resistance before a pullback to retest the flipped level, or it could suffer a rejection at resistance to register a drop to $0.078.

It is never a good idea to try and call the exact top of a move. A couple of days ago, Stellar was in the news due to the announcement that USD Coin would be available on the Stellar blockchain from Q1 2021. 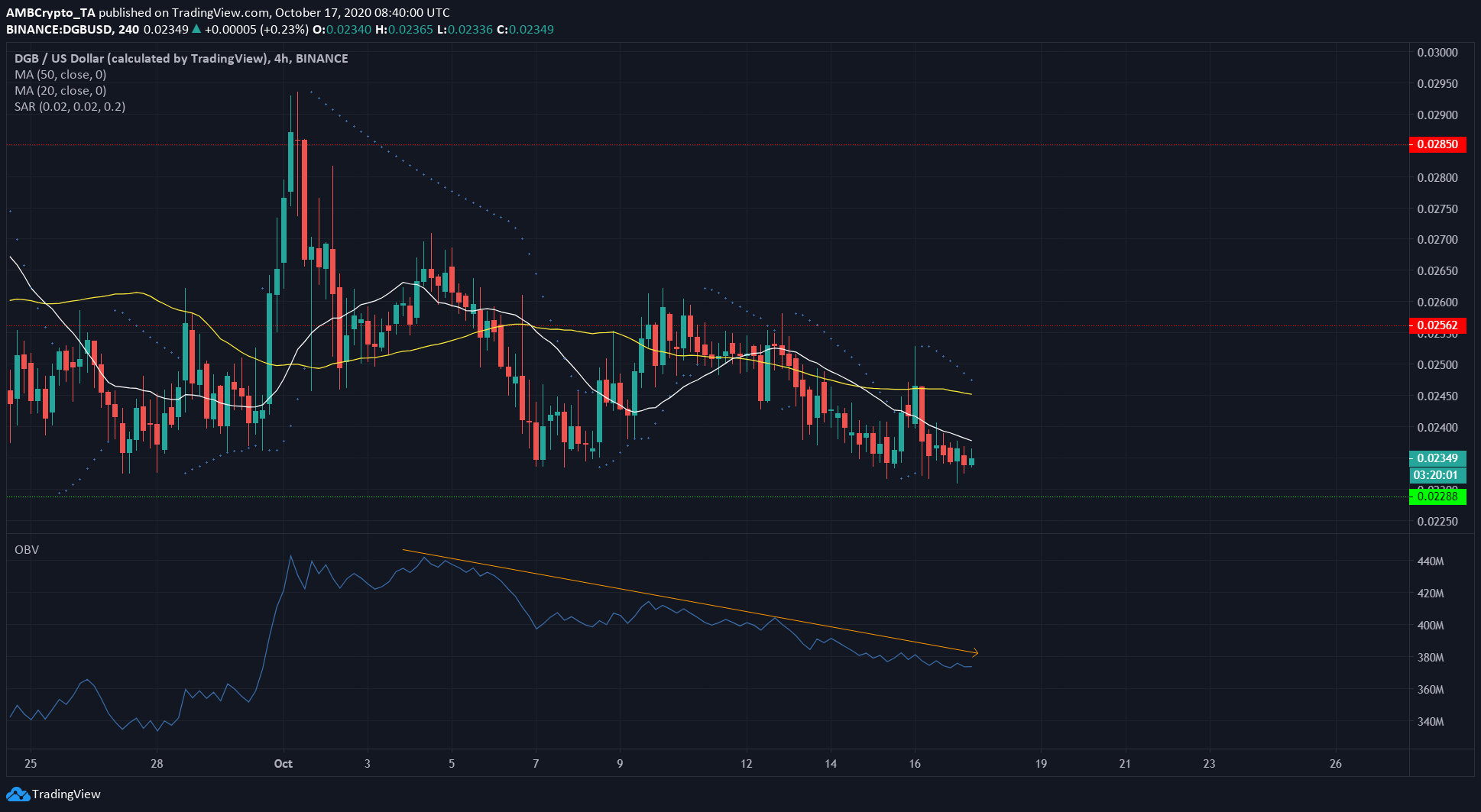 DigiByte has been setting lower highs since late September, and the outlook had not changed for the asset as it approached support at $0.022.

The OBV showed the past couple of weeks have seen steady selling volume for the asset in the market. The 20 SMA (white) also moved beneath the 50 SMA (yellow) showing the short-term bearish movement of the coin. The Parabolic SAR also indicated a sell signal.

Institutions backing Bitcoin: what to expect

Bitcoin Likely to Break Below $11,000 Before Next Uptrend: Analyst

Bitcoin Likely to Break Below $11,000 Before Next Uptrend: Analyst

A Complete Breakdown Of Crypto wallet For Android Devices!